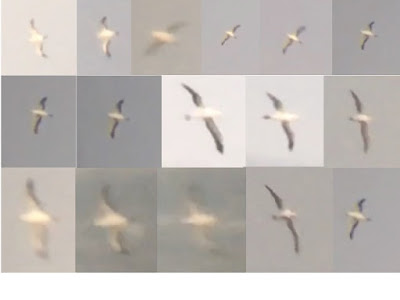 I reported this Gannet as a possible Cape Gannet and then I thought I had nailed the gular stripe and I was fairly convinced. After examining the images (all video grabs) I am now unconvinced and think this bird is a subadult Northern Gannet.

At about 11:00 am I picked up the Gannet as it was shearing low across the strong SW wind. Initial views were confusing as I thought I was looking at a bird just slightly larger than a Fulmar. With its bold and clean patterning I did not recognise it immediately as a Northern Gannet and thinking it was a smaller bird I thought about a Booby or Cape Gannet. It also seemed to be making almost no progress against the wind unlike the other Gannets I had already seen. In the 40 or so minutes that I watched it at this point it made almost no headway other than slowly drifting out and disappearing (with the benefit of hindsight I think it probably settled on the water). Barns Ness has constant streams of Northern Gannets passing by for most of the year but this bird's behaviour seemed distinctly unusual and wasn't something that I was aware of noticing before. At this stage however I was assuming that the bird was a subadult Northern Gannet but keen not to give up on a possible Cape Gannet I watched the bird as much as possible and tried to get footage. Handheld phonescoping at high magnification resulted is unwatchable footage but allows images to be grabbed. 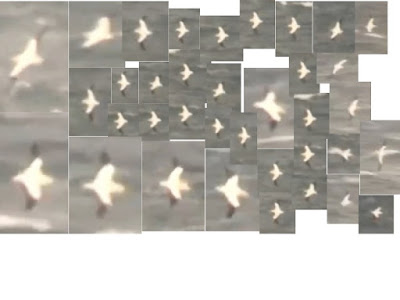 The light was good and despite careful observation at no point could I see anything other than pure white coverts and fully dark flight feathers and tail. I knew that this was unusual for subadult Northern Gannet so posted some images to Twitter - at this point it was an idle tweet rather than any sort of identification but suggesting a possible Cape Gannet. I then had a look online and reread an old blogpost of mine and the BirdGuides ID article for Cape Gannet. Both of these (unreliable?) sources indicated that clean white underwing coverts is very strong indicator. At this point I decided to look for a gular stripe and was amazed when one of the first screen grabs showed what seemed to be an extensive gular! This I now think is an artifact - although it shows up on several of the images I think that it is a result of zooming into the image too far...

I then had to go and buy a phone charging cable and it was a couple of hours later before I was able to have another look for it. Incredibly the bird was still off shore batting against the wind. I put the news out and 3 other Lothian birders who were in the area saw the bird. Nothing further could be ascertained from these views plumage-wise but it was strange how it had only made about 1km progress in several hours - at no point did the bird actively feed (probably due to sea state). There was opportunity to see the bird in more direct comparison with other Northern Gannets and it seemed similar in size.

More careful review of the images shows the bird to be a Northern Gannet in my opinion - the secondaries are not extensive enough as a proportion of the upperwing so form too narrow a bar as mentioned by others on Facebook. The overall wingshape is also too long and angular in my opinion - I think that Cape Gannet would show a shorter wing overall.

So, in conclusion, a smart-looking Northern Gannet that fooled me into putting news out of mega...

Email ThisBlogThis!Share to TwitterShare to FacebookShare to Pinterest
Labels: Gannets

Is it possible to combine a non-birding family holiday with a hardcore birding trip? Well, you'd have to ask Gill and the kids to find out their side of the story, but here are the three species of ibises that I saw during our recent break. My elder daughter certainly seemed to enjoy watching and photographing the White-shouldered Ibises coming into roost at Tmatboey, Cambodia, on Christmas Eve. The sunset certainly added to the occasion. 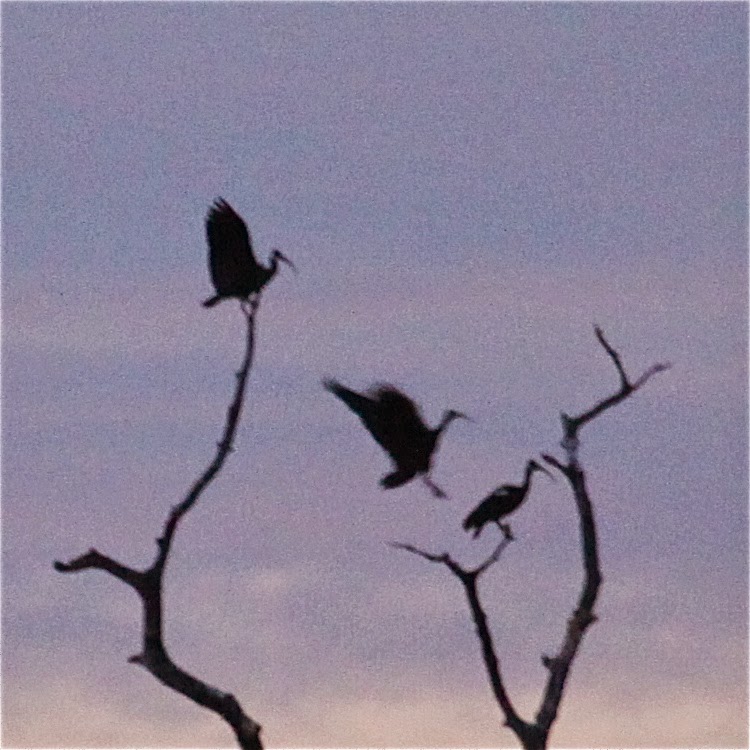 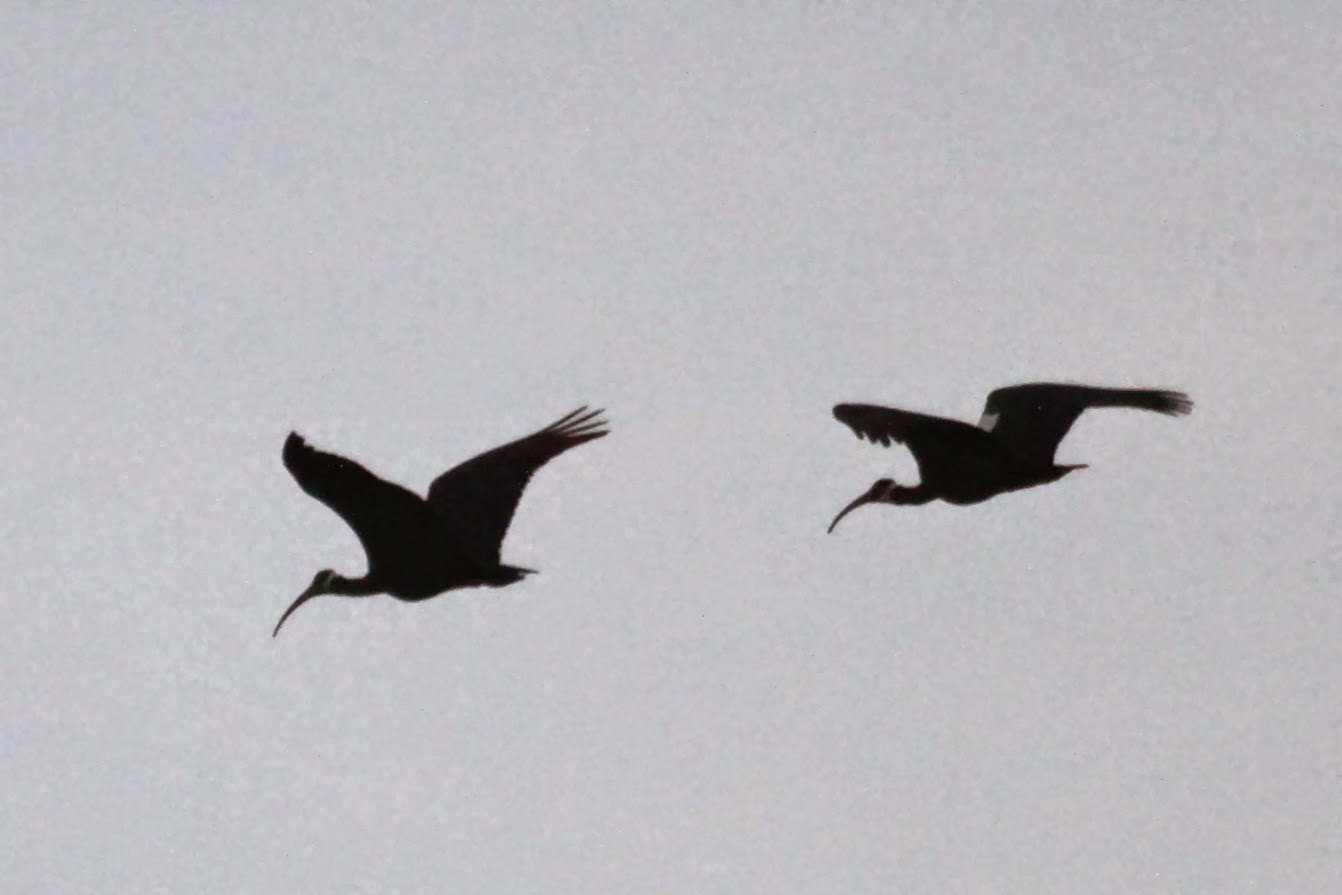 I could not get any takers for the 4:00 am rise the next morning to watch a pair of Giant Ibises waking up for the day. It is understandable that non-birding teenagers would rate this as low on their priority list on any morning of the year, but I did warn them that should they take up birding later in life they may regret their decision... As it happens, that morning at Tmatboey was not just about another critically endangered ibis species, but was packed full of amazing dry dipterocarp forest species. It ended up as the most enjoyable early morning birding trip I've ever had - I was seeing so many amazing new species at such a fast rate that it felt just like Christmas...


We had already seen the Black-shouldered Ibises at Prek Toal, Tonle Sap, a couple of days earlier. Tonle Sap is both South East Asia's largest lake and largest waterbird colony and it was enjoyed equally by all, birder and nonbirders alike. The wealth of wildlife, some of which was at close quarters, was staggering, and of equal interest were the fascinating floating and stilted villages, housing communities that make their living on or from this lake, the size of a small sea.

Many thanks to the Sam Veasna Centre and to our guide Sophoan for all their help in making this trip so successful. 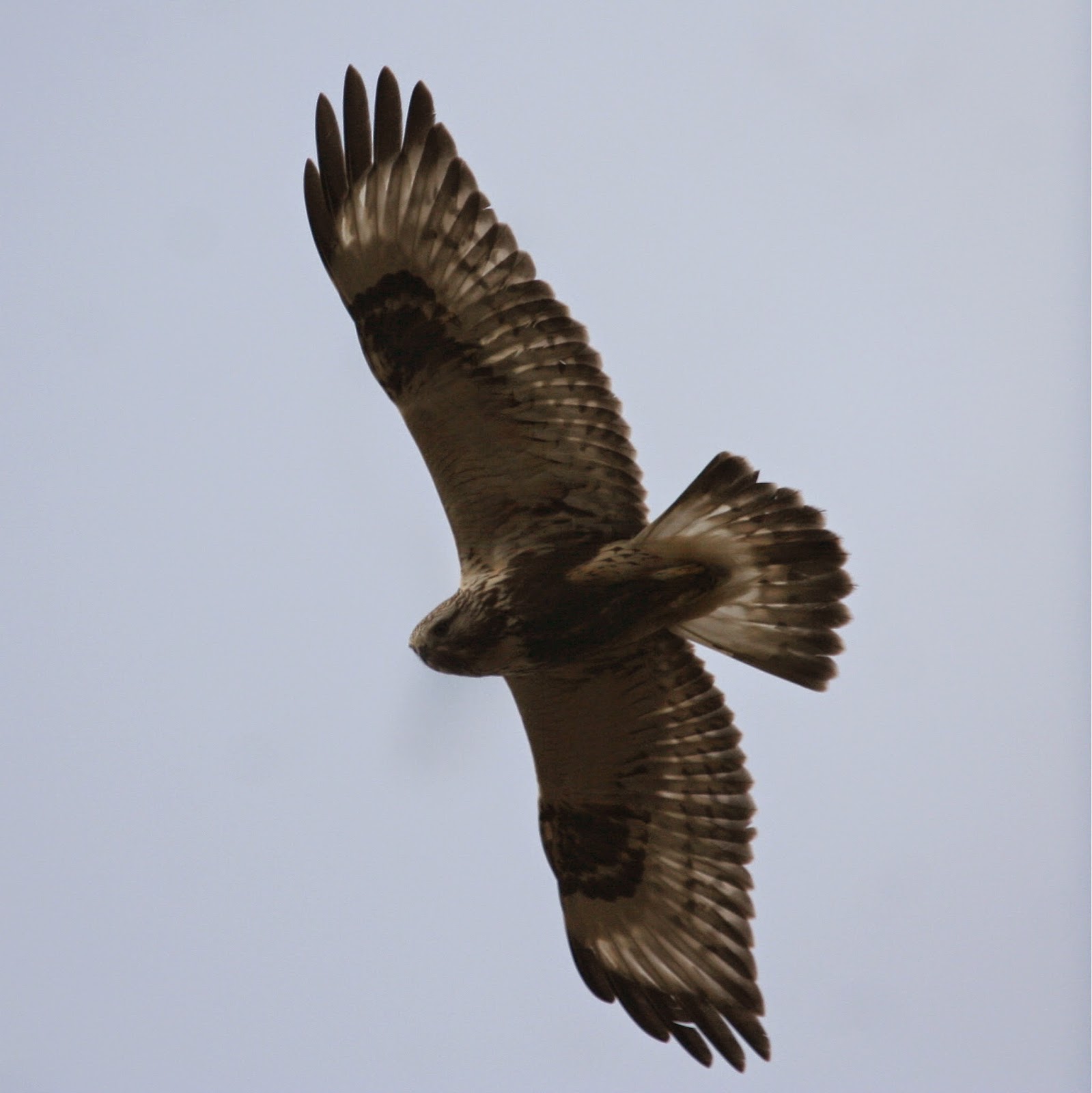 Birds and blog posts are clearly like buses. I was searching for Rough-legged Buzzards today - it is not a common bird in Lothian with only about 25 records - but there has been a bit of an invasion into the UK this winter so far so it seemed a good idea. After a couple of hours in the Moorfoots and Lammermuirs I was beginning to doubt my decision. While I had seen some good birds (3 Black Grouse, 21 Golden Plover, 1 Whooper Swan) they were few and far between and the moors seemed to be fairly devoid of life. As it happens I was sitting in the very layby from which I saw a Rough-legged Buzzard in May - and once again I saw one flying along the same line of pylons interacting with a couple of Common Buzzards - and I drove the same 2 miles along the road to intercept it - this time not quite so clinically. It all felt like deja vu - although in an exciting adrenaline fueled way! 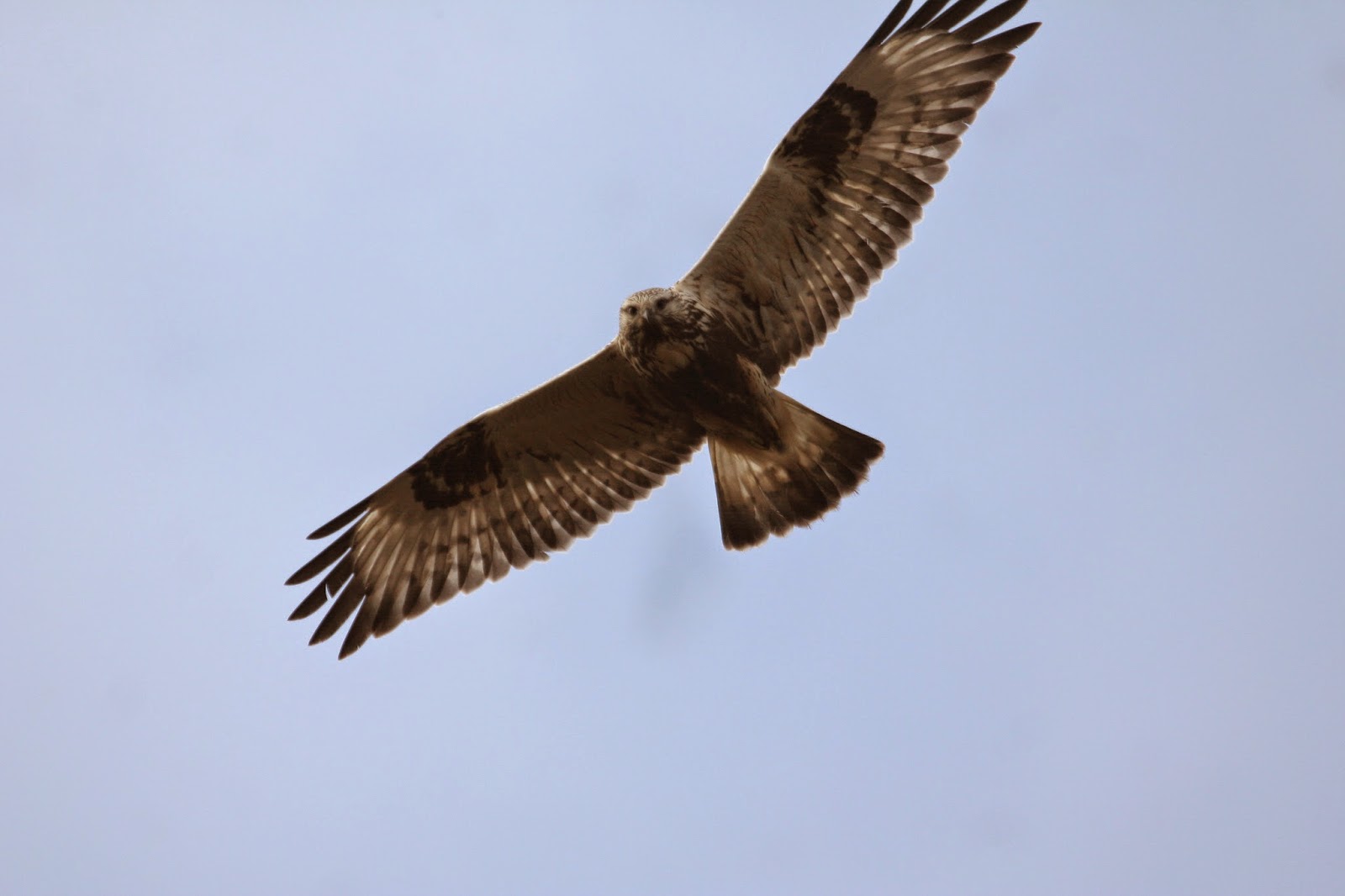 The Rough-legged Buzzard did not hang around for long and was soon lost in the distance. I decided to move to another spot and walk in to try to see it again. En route I noticed it back nearer the initial point. A little confused by its behaviour I worked my way back to a suitable viewing area and slowly walked in through the heather. 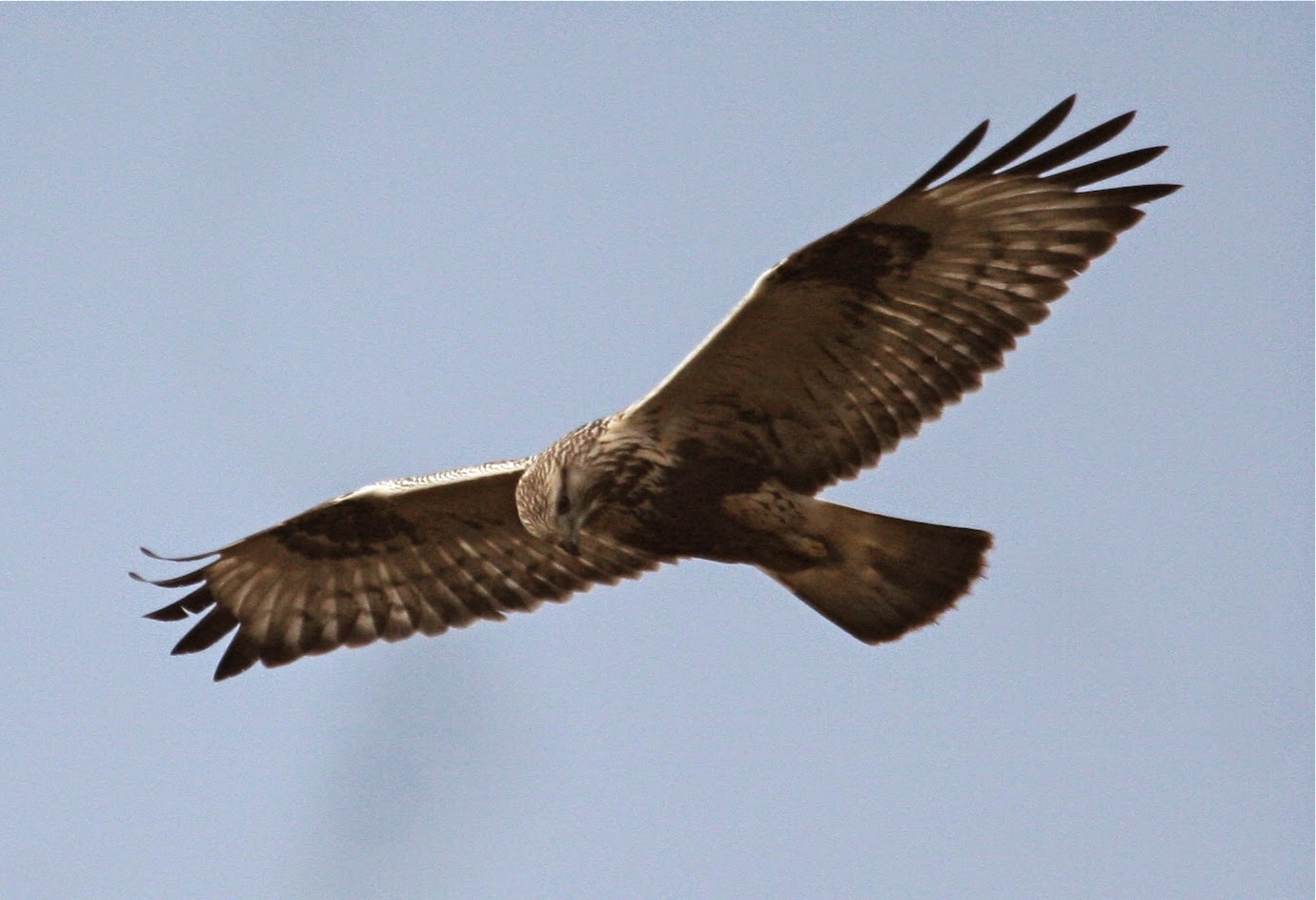 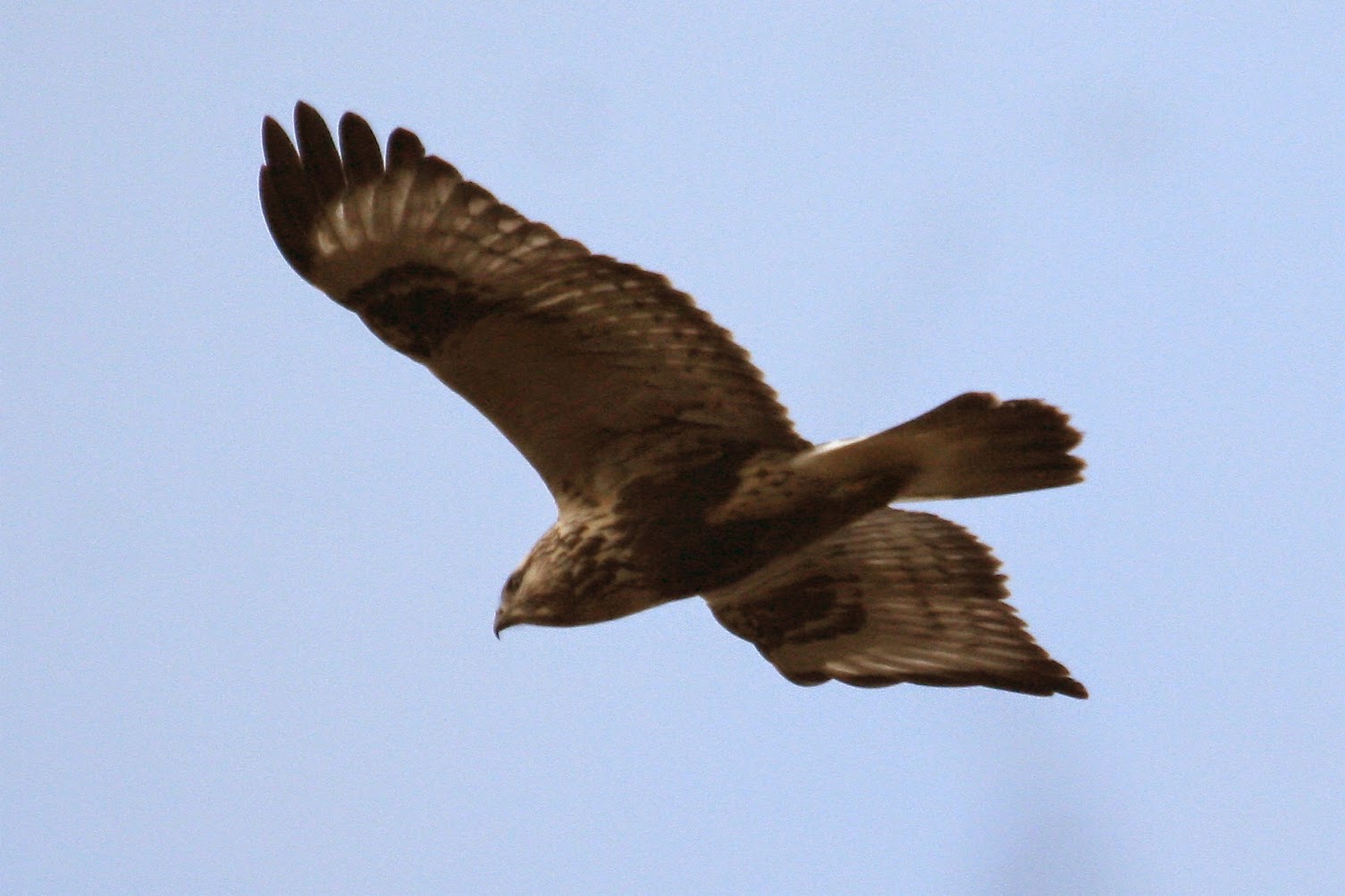 The Rough-legged Buzzard obliged by appearing over a nearby ridge and then working its way towards me. I sat in the heather the bird come over apparently to investigate me. Unperturbed it swept over me a few times and then hovered in the updraft. Unbelievably awesome views! 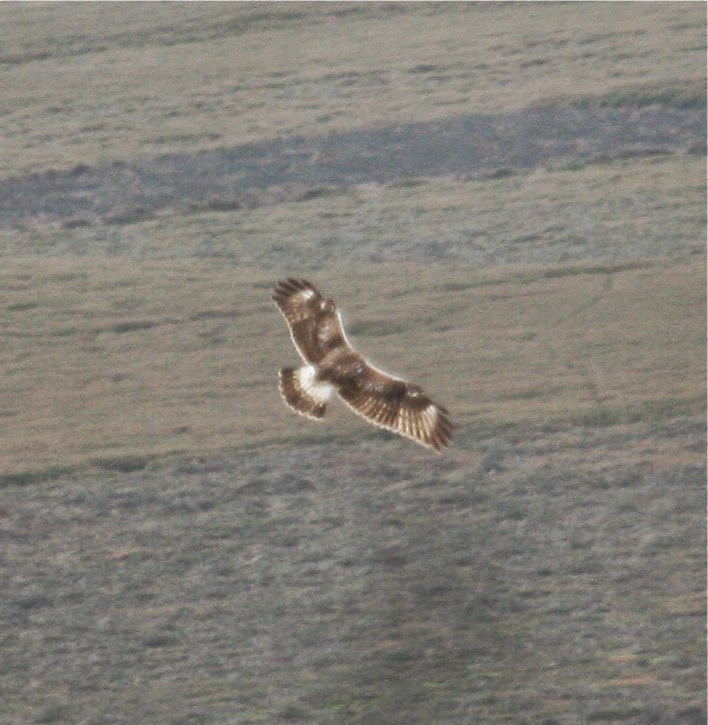 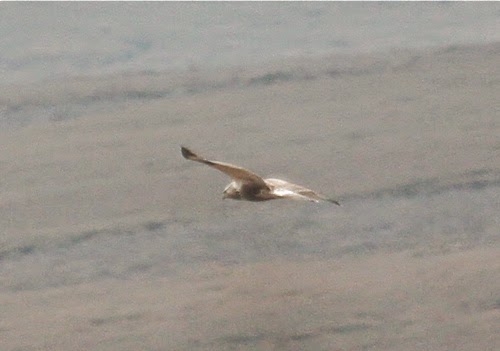 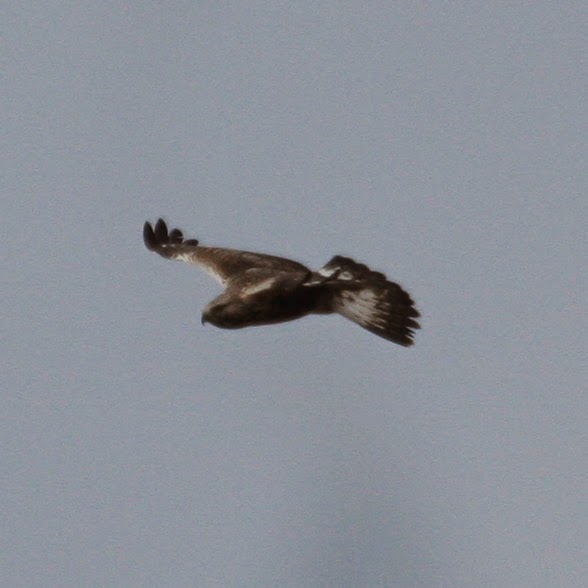 As if it couldn't get better a second bird suddenly appeared - and this made sense of the bird's inexplicable movements earlier. The two, both juvs, hunted side by side and sparred in mid air, much to my delight. Siblings from the same nest perhaps... 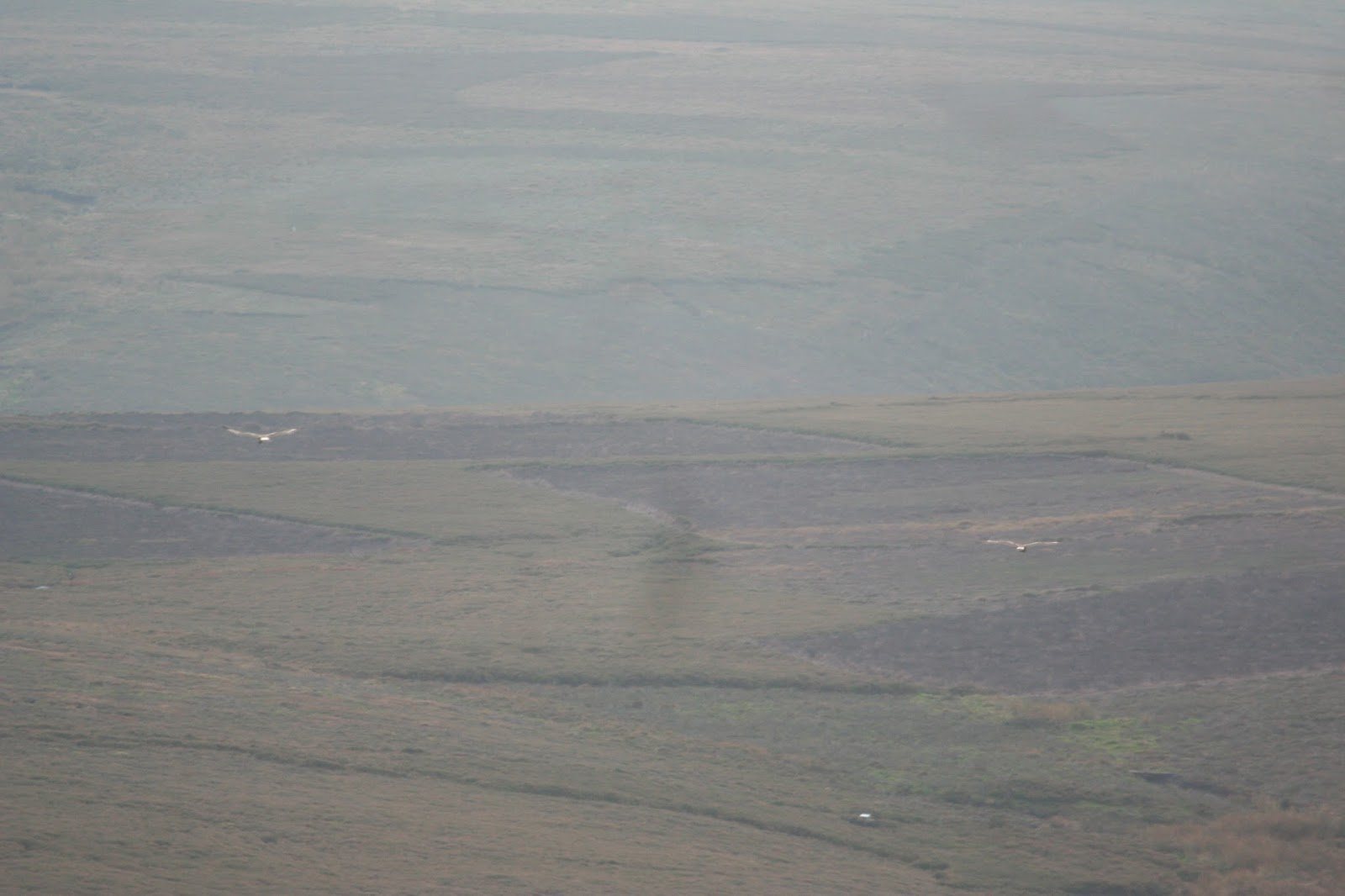 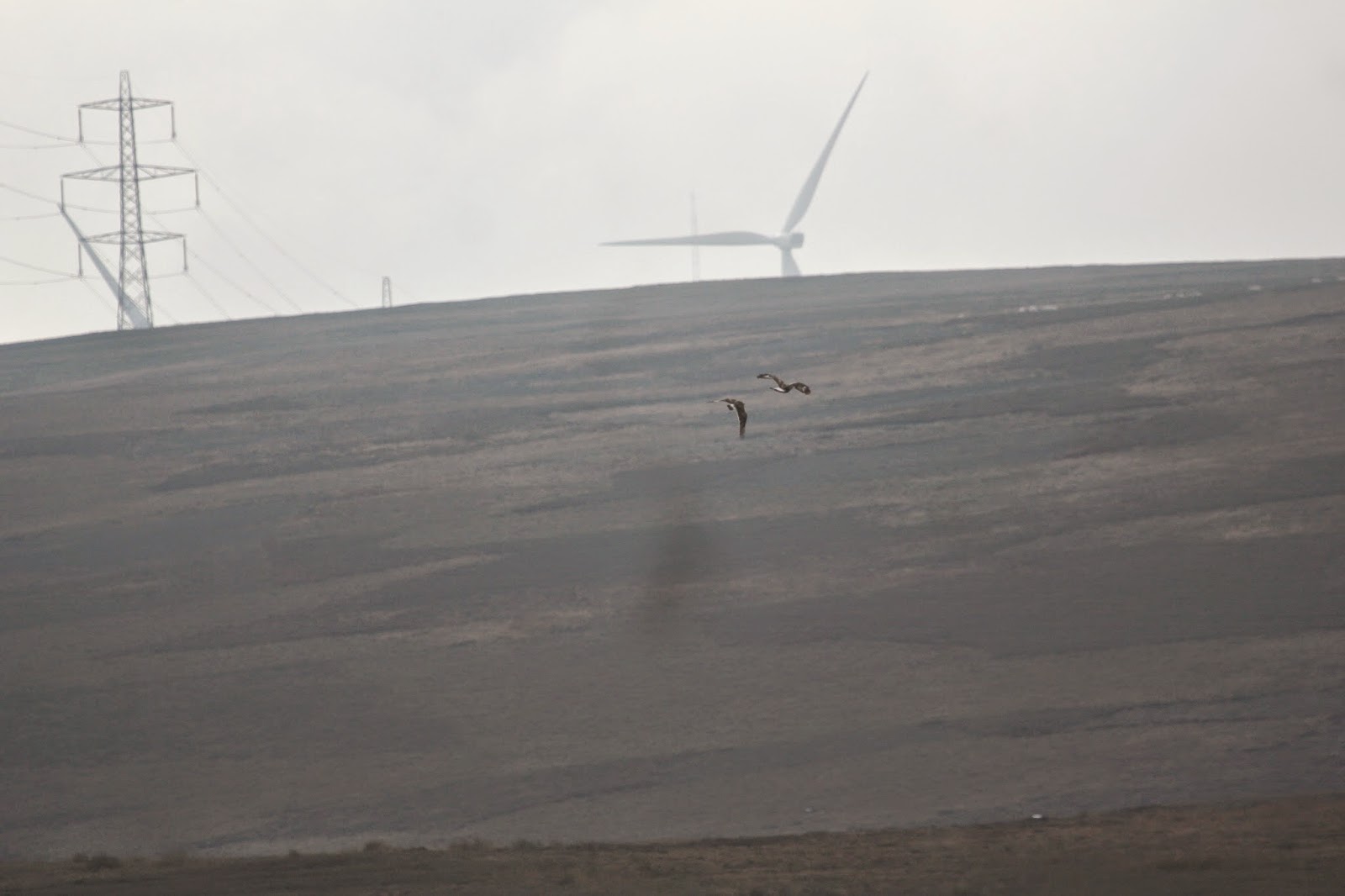 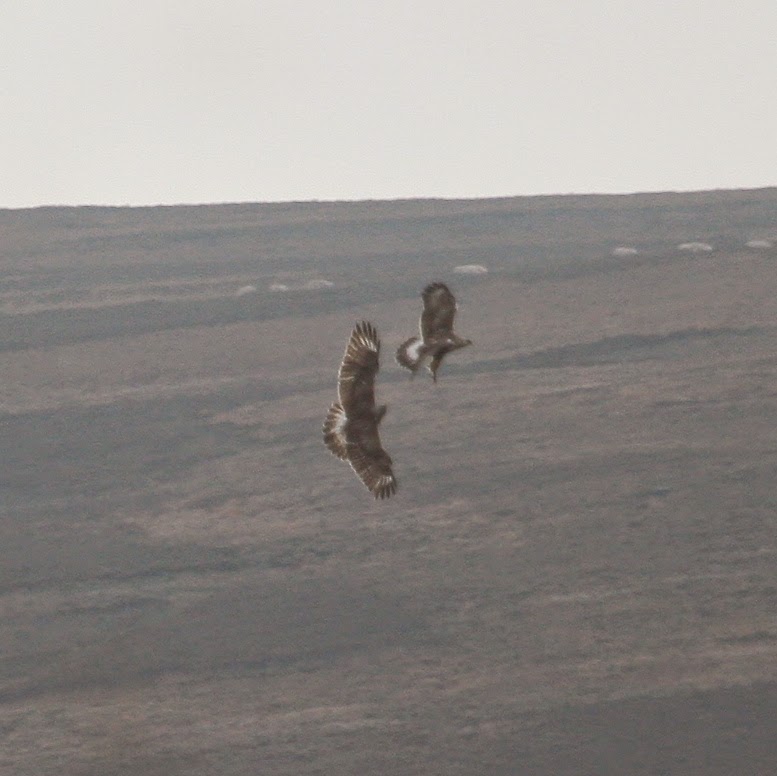 I feel fortunate that my teaching job takes me to interesting parts of the world every year or so. This autumn I spent two weeks in Toronto, Rochester and NYC. It was not a birding trip, but like most birders I  maximised the free time... Highlights were a few hours at Braddock Bay Bird Observatory coinciding with one of their busiest catches of the season, several walks along the Pittsford Loop Trail (turned out to be a great adopted patch for a week in Rochester) and a day of birding in Central Park, NYC, which included joining one of Deb Allen's guided walks (this was great as I hadn't explored the North end of the park before). I have a real soft spot for birding in the North America - something to do with 30 years of drooling over the plates in the National Geographic guide and hoping to someday find a vagrant this side of the Atlantic. Although I've never managed a proper birding trip on the other side of the pond I've seen almost 300 species there ... including 10 additions on this trip. All pics taken with a CanonSX50 - can't always lug my 100-400 around when in the company of 'normal' folk!

Woodpeckers - always seem so much more abundant in North America

Icterids - some of these are stunning close up

Other bits and bobs...

After an amazing May birding in Lothian this year, I was expecting June to be a disappointment.Well, it turns out that I needn't have worried - June was another stunner. Greenish Warbler and Two-barred Crossbills, Long-eared and Short-eared Owls,