After wrongly considering Herring x LBBG hybrid (argentatus x fuscus) for a darker Herring Gull a couple of weeks ago I had a much more persuasive bird today at Athelstaneford. I was out looking for gulls and found a few hundred behind the plough in the village that allowed long and good looks. An hour in and nothing other than usual fare, which was enjoyable enough, but just when I was thinking of moving on the plough went home for lunch and this bird dropped in. Presumably the same bird that Stephen saw in the area earlier in the year, I was quite hopeful of a Yellow-legged Gull until I saw the spread wing. 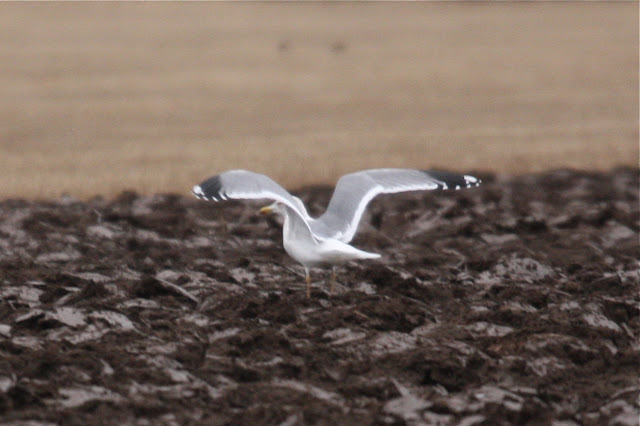 No dark subterminal band on Primary 5 means that YLG is out and YLG hybrid unlikely. Instead the bird looks like a perfect hybrid to me - spot on for the amusingly colour-ringed 'blue KRAP' from Zeebrugge that featured in BB recently. Comments welcome... 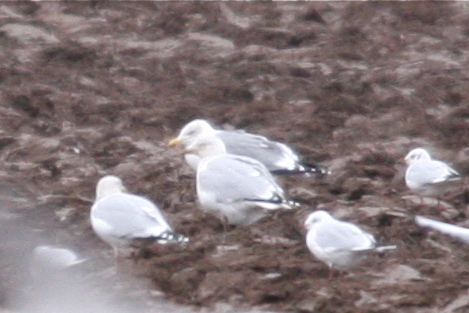 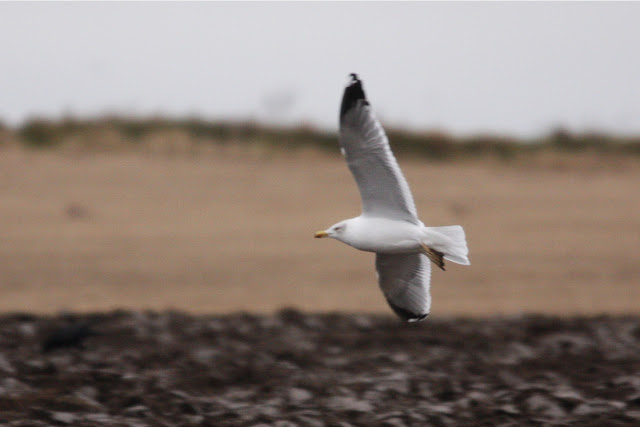 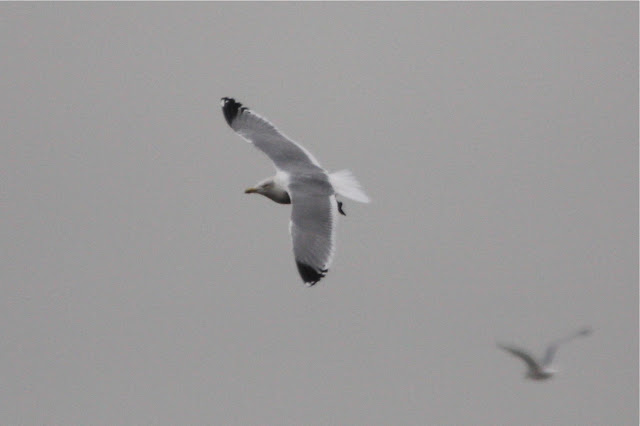 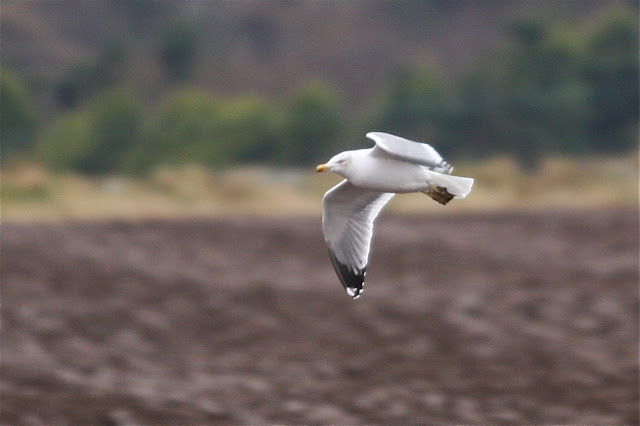 Very interesting bird and good job of getting shots of the spread wing.
I would have just assumed it was YLG - I take it that no other taxon fitted e.g. Armenian? Or do they all need the P5 markings?