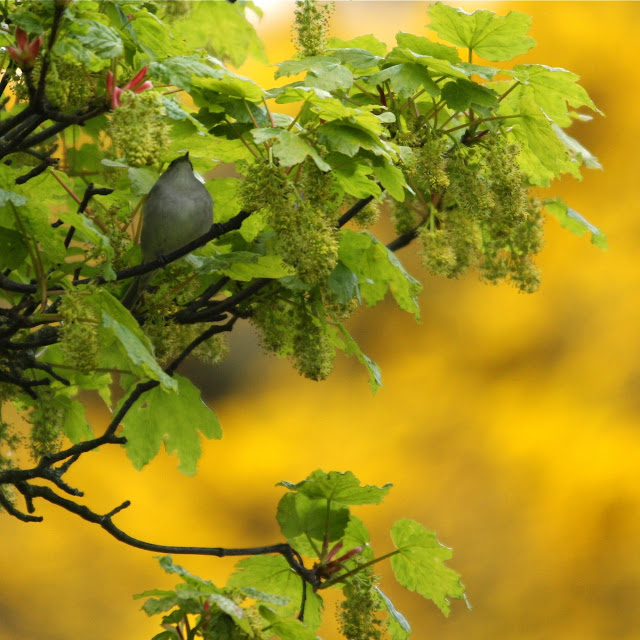 I had some time available for birding this weekend. Walking home from work on Friday this Blackcap in the Hermitage seemed to herald a hot migrant-filled weekend. A quick look at the synoptic charts soon put paid to that hope.

Instead, I decided that, since the weather patterns were set against a deluge of migrants, I would try to mop up some of my many missing Lothian year ticks. I popped into Blindwells on Saturday morning and added House Martin and Grasshopper Warbler. Several dog walkers seemed to be encouraging their pets down to the waters edge unfortunately so any hope of Garganey seemed unlikely. At Ferny Ness I failed to pick up any Red-necked Grebes but a quick stop at Seton had me jamming into two Brent Geese - I have missed this species in the county several times over the last few years so this species definitely felt like a bonus. At the latter site Sandwich Terns were much in evidence - some species at least are able to battle the headwind. 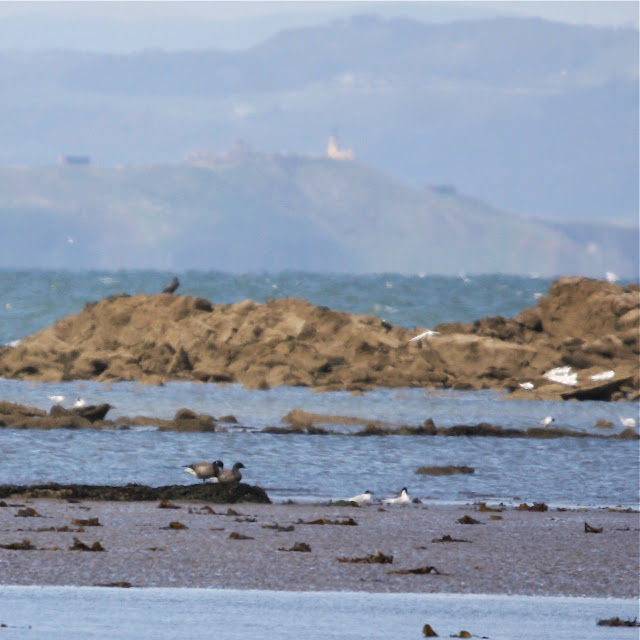 Today I birded a few of the sites further east, but it was hard work in the cold conditions with scant reward. An early start at Spike Island produced 4 Whimbrel. Returning to the car a Brambling lifted my spirits. At Scoughall I studied the gulls following the potato planting but could not pick out anything unusual so had to content myself with a seawatch to add Puffin and Guillemot to the tally. Three smaller terns passing northwards turned out to be Arctic Terns - another species I missed out on seeing in the county lasyt year.

I then headed to Barns Ness for a quick look for the Wryneck seen on Friday. No joy although it was seen later in the afternoon apparently. Up to Johnscleugh for a moorland route home - not exactly a short-cut, but a good plan to notch up Red Grouse, Common Sandpiper and (below) Red-legged Partridge. The Ring Ouzels will have to wait another day as I ran out of time before I could head to Faseny. All in all an enjoyable tour. 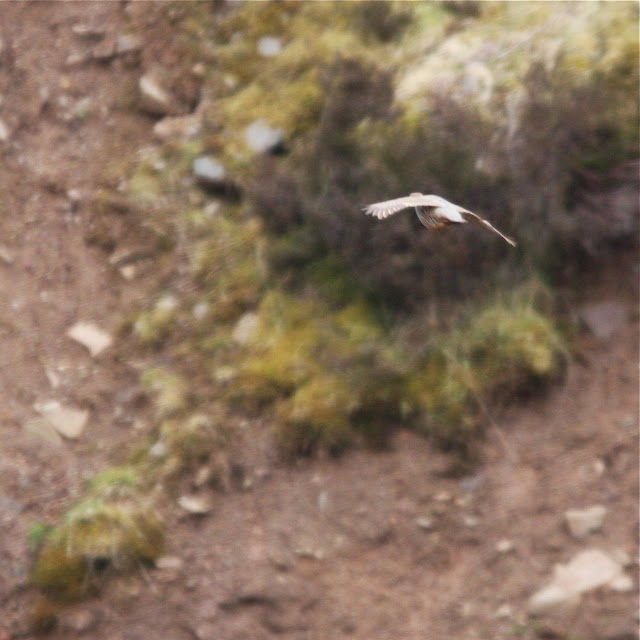 You picked right - I had a largely fruitless and soaking weekend raking the bushes. Goodwill in the bank hopefully.